Why The Mobile Factory?

Although ‘only’ the ocean separates the Netherlands from Haiti, we’re anything but neighbors. The island state in the Caribbean Sea is 7500 kilometers (4700 miles) away as the crow flies and is not a colony nor a former colony of the Netherlands. So why is there a Dutch aid initiative for a country we’re not really historically connected with? 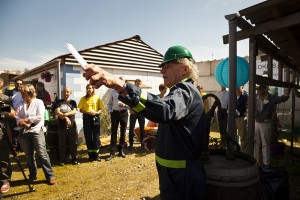 Gerard Steijn came here in 2002 while he took part in a study on sustainability in construction, researching the subject of debris recycling. Part of the expedition involved visiting disaster areas. He saw huge amounts of debris, but observed that is was primarily taken to other places, which resulted in pollution and contamination of flora and fauna in other areas. In other words, the problem was changing location.

Steijn, communication advisor and concept designer by profession, felt there had to be a way to solve this problem. After all, in the Netherlands we’ve been using debris for years to construct dikes, roads and sound barriers, for example. He concluded that debris most certainly is valuable if it’s used in the right way. 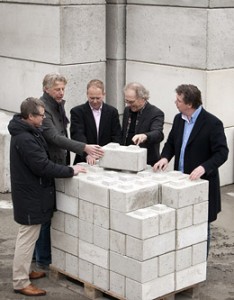 In 2007, supported by companies that have construction expertise, he founded The Mobile Factory: a factory that turns debris into concrete building blocks. These building blocks are similar to concrete Lego bricks and can easily be used to construct new buildings simply by stacking them. The factory fits in two shipping containers, so it can be deployed with relative ease in any city, war zone or earthquake-stricken country to help rebuild the homes of people who have already suffered a lot.

The Mobile Factory aims to do this in a transparent, honest way. That’s why we established an ethical code. Our ethical code in a nutshell: