Originally Sergio Valkenburg was named Sjoerd by his parents. However, they could not then apprehend that Sjoerd would become a citizen of the world, who wished to work for the underprivileged in developing countries. In these parts the name Sjoerd however, was so unpronounceable, that Sjoerd from his 25th in Granada, Nicaragua, where he volunteered at an educational organization, was called Sergio.

He has been educated in tourism, the logistics market and the construction industry. His experiences in Latin America is what inspired and formed him. A visit to the Netherlands made him realize that the smile of a human being in distress gave him more satisfaction than a relatively rich and well cared life in the Netherlands.

Sergio worked in the Netherlands for 5 months at the Red Cross when on January 12th 2010 the dramatic earthquake in Haiti took place. Within 2 minutes this disaster caused 230,000 deaths and 1.3 million victims, of which more than three years later some 300,000 still live in dingy tent camps. The news and the horrifying images touched him deeply and he went to Haiti where he took care of the earthquake victims in the Hopital General. 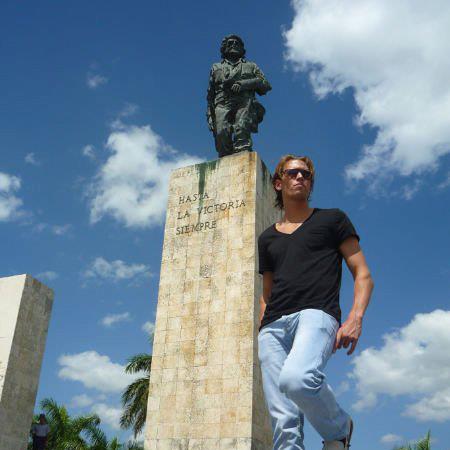 Mid-2012 he learned in Haiti the aspirations of The Mobile Factory. The transformation of debris into safe, affordable houses for the disadvantaged and homeless victims, appealed to him strongly. Especially since construction debris structurally intertwined with everyday life in Haiti and has polluted the country dramatically. It is scattered all over and is dumped, where it is considered to be convenient.