“We’re cleaning up the city together with disaster victims” 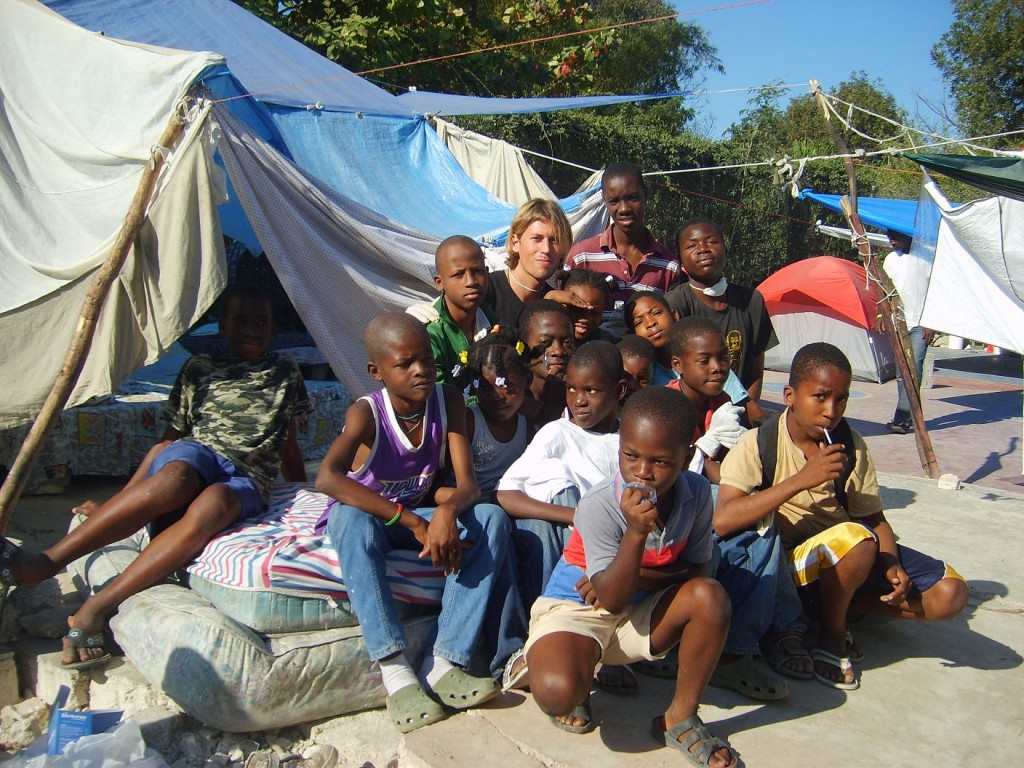 After the 2010 earthquake, Sergio Valkenburg flew to Port-au-Prince, Haiti, realizing the poor in the devastated country didn’t just need hands to pray for them, but more importantly, hands to help them build a new future. He’s been The Mobile Factory’s front man on the Caribbean island ever since.

What is it that interests you about The Mobile Factory?
“The Mobile Factory connects the circle. We use debris to build new, good quality homes. We don’t provide temporary emergency homes, but permanent homes, and we offer structural aid in the shape of education and training. Moreover, we’re cleaning up the city together with the disaster victims. We’re creating something based on local culture in cooperation with the victims; we aim to do 99 percent of our work using local workers and local materials. We’re giving people pride and human dignity and we inspire them. Employment and a positive outlook are very important things to get people out of a negative situation. Another thing I really like is The Mobile Factory’s ambition. We don’t need to conquer the world as a building blocks producer. We want to share and provide knowledge. Apart from that, it’s just great to make the world a little better.”

What were your thoughts when you first arrived in Haiti? 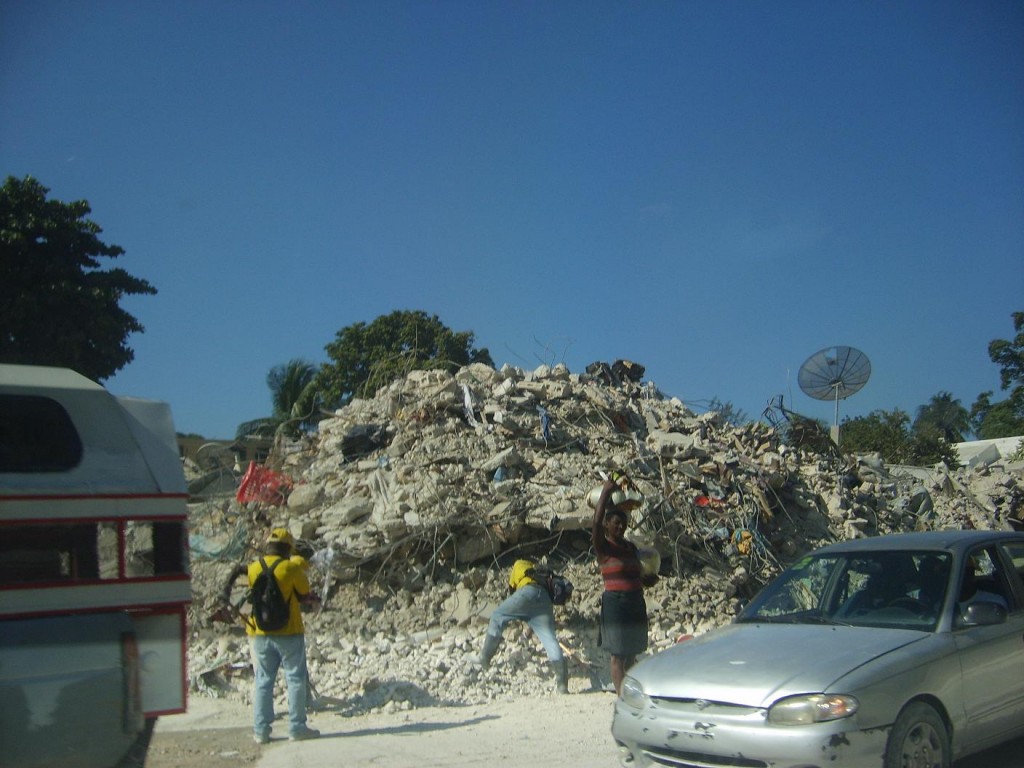 “The debris annoyed me especially; it’s present everywhere in Haiti. After the earthquake, people were allowed to dump it in the streets, where it was then collected by different organizations. But what happens to the debris after that? It’s crushed and disposed of on garbage dumps that also contain a lot of medical waste materials and organic waste, which constitutes a health hazard. People come to those waste dumps hoping to find anything of value, because they can get money for materials that can be recycled, such as wood, plastic and iron. The huge amounts of debris mostly cause pollution. Houses are still being demolished and neighborhoods are being restructured at this moment, because Port-au-Prince is a growing city. So what do you get? Exactly, more debris.”

What do you think about development aid in Haiti?
“There are many great projects in Haiti, but I do think it’s a problem that specific goals need to be met within a few years. That’s just way too soon. This country’s culture and complex political structure are restraining influences – as much as 65 percent of the population is unemployed and therefore very poor. This keeps people dependent and unable to improve and develop themselves. Tent camps, which serve as a temporary emergency provision, often turn into permanent living quarters, unfortunately. Those who have received higher education often leave the country, which ensures the Haitian economic system stays weak. 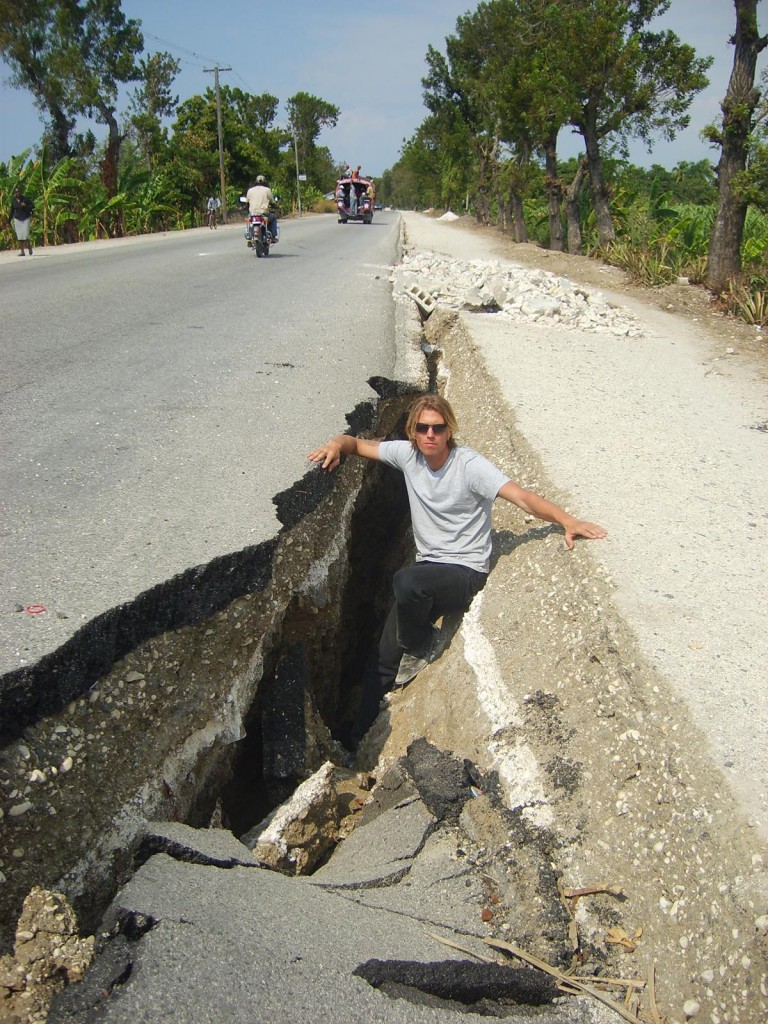 What exactly do you do for The Mobile Factory in Haiti?
“I’m trying to create interesting cooperations at a higher level by expanding our network and by sharing knowledge. The world of construction is a special world in which many barriers need to be overcome. I assess mutual interests and try to create a win win situation for all parties involved. I hope we’ll be able to create our community ‘Petit Paradis’ as efficiently as possible this way.”

You see a lot of misery. Is your job fun as well?
“Networking is something I really enjoy – making the right connections, seeing how something beautiful and useful is created. Making people realize it’s not about competition, but about a collaboration that benefits all parties. In the end, we’re doing this for the locals; for the hope it gives people. That’s very valuable.”

What obstacles do you encounter?
“Everything takes too long; there’s a lot of bureaucracy, long waits and conflicts of interest. Getting our project financed was also a tough job. That’s why we’re put a lot of effort in crowdfunding; we’re looking to engaged people and organizations to support us financially.”

What is particularly striking about Haiti?
“Its society offers virtually no development opportunities. Four percent of the population controls the other 96 percent, which directly impacts the country’s economic and societal development. There’s no middle class to speak of, and the many different opinions and fragmented groups make it very difficult to get people to agree with one another and work together. History and politics have also made people fearful. They’re stubborn as well – they know they’re poor, but they have this fascinating sense of pride. Their lack of self-criticism makes it difficult to discuss things thoroughly. Due to poverty there’s also a lot of crime; someone will sooner be shot here than have his pocket picked, so you need to be careful sometimes. You kind of need to get to know the laws of the jungle. But it doesn’t stop me from coming here and trying to bring about change.”

Are there positive sides as well? 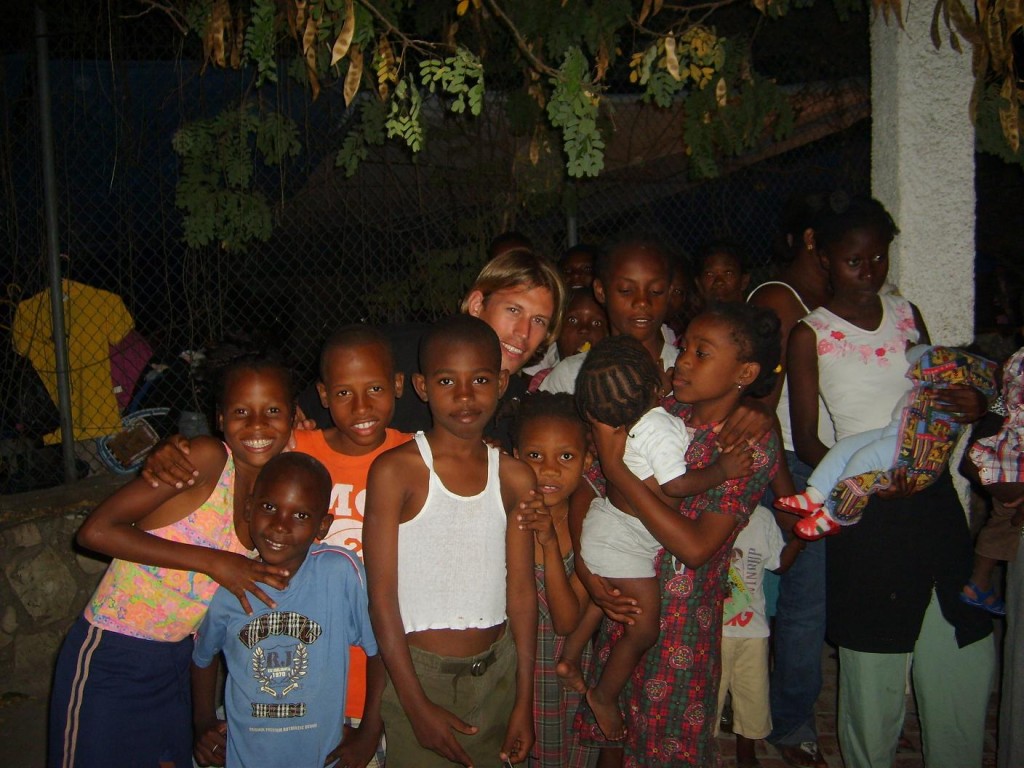 “I’ve noticed people are really eager to work. They have this drive to be active. Every day you see thousands of people in front of the Brazilian Embassy, for example. They’re looking for a job and a better future in a country where they often won’t get a better life. People are prepared to work, even if this society offers them little. That’s a good start. Hopefully, we’ll be able to create a great project that’s worth following.”