Many supporters have recently registered as Crew Members for The Mobile Factory. They are as one with us, they advise us in words and actions and they will be the first to be informed about current developments. Shortly, we will be organising a meeting for Crew Members at the campus, where you’ll find our show houses and The Wall of Names monument, designed by concrete artist Martijn Troost www.martijntroost.com. This Wall will list the names of our current Crew Members. 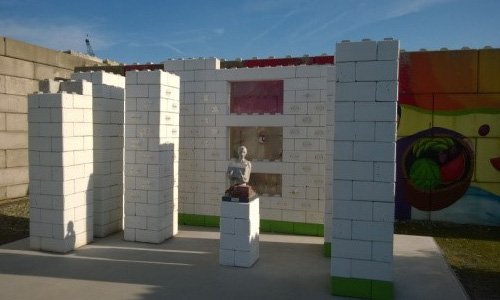 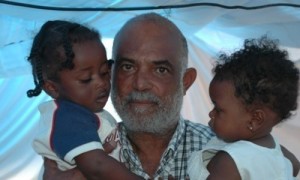 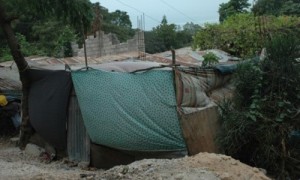 From philantropy to employment

More than five years after being hit by a devastating earthquake, Haiti is still buried under 25 million tons of rubble. Less than five per cent of this rubble would be needed to build safe, self-constructed housing for the approximately 100,000 people who have, since January 2010, had to survive in damp, ghetto-like tent camps. The international aid community and the Haitian government have let these people down completely in this respect. Hundreds of millions of dollars have been spent hiding the rubble, for many: problem solved.

After initial demonstrations at the campus we intend to ship the first Flying Dutchman to Haiti, where we are cooperating with a partner that has offered us building ground on which we can realise a community of 30 families on the outskirts of Port-au-Prince, the Haitian capital.

Victims will build their own homes

All-in all we need U$400,000 for the legal and technical framework of the project, the transportation and customs clearance of The Flying Dutchman, the architecture, the infrastructure, training and construction. If we are unable to raise this amount, we’ll be able to help fewer families. However, if we are successful and even surpass this financial target, we’ll be able to set up another project. Family members in the community will be trained to convert rubble into building blocks to build their own homes. During the training and construction period, future residents will receive financial compensation to help pay for their home.

Because of the social character of this project pre-financing was just not feasible, meaning we have to finance the project’s cost ourselves. This is also why we really need your help as a Crew Member. But we’re not asking for a substantial financial contribution; just a dollar from yourself and from as many contacts as possible in your network and the networks of other supporters will go a long way! 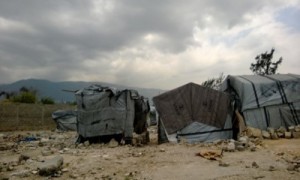 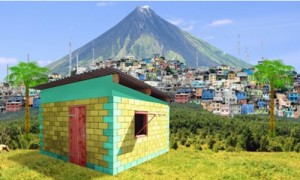 From a damp makeshift tent to a safe, self-built home

Breaking through the poverty circle

This pilot project represents contemporary, sustainable development and should set an example for governments, sustainable business and (international) aid organisations. It’s not our intention to build as many houses as possible, but to share our knowledge and developed technology with organisations whose core business is the provision of accommodation for disaster victims and the less fortunate. This means we must prove that our goals are achievable in Haiti. You can specifically help us by mobilising your network to make the campaign a success. Our success will therefore be your success. 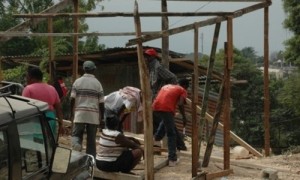 The professionalisation of the building trade is necessary

It goes without saying that the realisation of our project will create jobs for unskilled people and boost the local economy. A further logical consequence will be that disaster victims will develop self-esteem and gain hope for the future. It will increase the self-sufficiency of people at the lower end of society and successfully break through the poverty cycle. From outstretched hands to working hands, that’ll be our mantra.

Register here to become a Crew Member. After you register you’ll be invited to tour our campus in the Port of Amsterdam and be provided with the communication tools you’ll need to mobilise your network. Furthermore, among our Crew Members we’ll be holding a lottery to win a trip to our building project in Haiti. We’re really looking forward to welcoming you as Crew Member, very soon.