The Mobile Factory is a 2 container upcycling and transforming technology we produce Q-Brixx lego building blocks on locations of debris concentration after a human or natural disasters. Crushed rubble in, lego blocks out. Under our management victims will be able to build highly earthquake resistant building blocks. 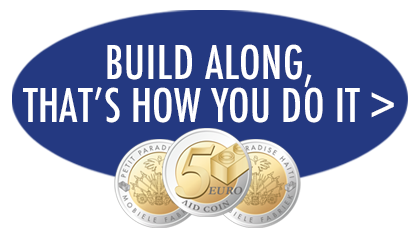 After a disaster victims often live in tents for years. This system keeps them in a desperate impasse.
Read more >>

Transforming debris into building products on location is an optimized cradle to cradle system.
Read more >>

During the training and construction period unemployed workers will earn a salary from which they pay of their self build house. Read more >>

Gerard Steijn is the founder and director of The Mobile Factory. He achieved distinction as a communication advisor and organisation consultant. In 2002 Steijn took part in a study into sustainability in the construction industry. As a result, he became increasingly more aware of the sustainable re-use of construction debris. He experienced the re-use of construction debris In western economies as a growing circular production process. However, in wars and disaster areas as well as in developing countries construction debris is expensive waste, which causes high ecological footprints. His confidence in a combined sustainability/economic market formula was translated into the establishment of The Mobile Factory in 2007. During the next four years he was commissioned by Dutch- and international NGO’s, to do research on the re-use of construction debris for reconstruction purposes of slum areas and visited a.o. slums in countries like El Salvador, Kenia, Nigeria and Haiti. Meanwhile he was developing an sustainable construction system called the Q-Brixx concept, a stacking system of Lego building blocks. This system allows systematic and rapidly build homes in any shape.

The strategy of The Mobile Factory is to establish a pilot project in Haiti, were after 5,5 years after the earthquake in January 2010 is still covered with 25 million tons of construction debris, the equivalent of 500.000 safe, affordable homes, while at this moment approximately 100.000 victims of the disaster are still trying to survive in 5,5 years old squishy tents.

The Mobile Factory intents to share their high-tec knowledge as well as the developed low- touch technology for NGO’s and UN organizations, which core activities are the realisation of safe, humane and affordable homes for homeless victims of disasters.
More information? Read one of the interviews with Gerard Steijn here.

Rubble is a multi valuable resource. We want to demonstrate to the world that rubble allows local communities to help themselves. It stimulates  local economies, which is instrumental for the breakthrough of the poverty line.
We want to create awareness, visibility and assignments in a network of national and international NGO’s and governmental organizations. Thus creating understanding and jobs for uneducated, unemployed people, building their own safes, affordable housing.

In the upcoming 10 years The Mobile Factory wants to use it’s acquired knowledge and developed technology – converting rubble into building blocks – to give shelter to refugees and victims in the disaster and war affected areas.

With our code of ethics we are setting out the ethical values of The Mobile Factory to our stakeholders, the Crew Members and connecting parties. We make this code publicly available for anyone with an interest in the company’s activities and the way it does business. It includes details of how the company plans to implement its values and vision in the daily routine. 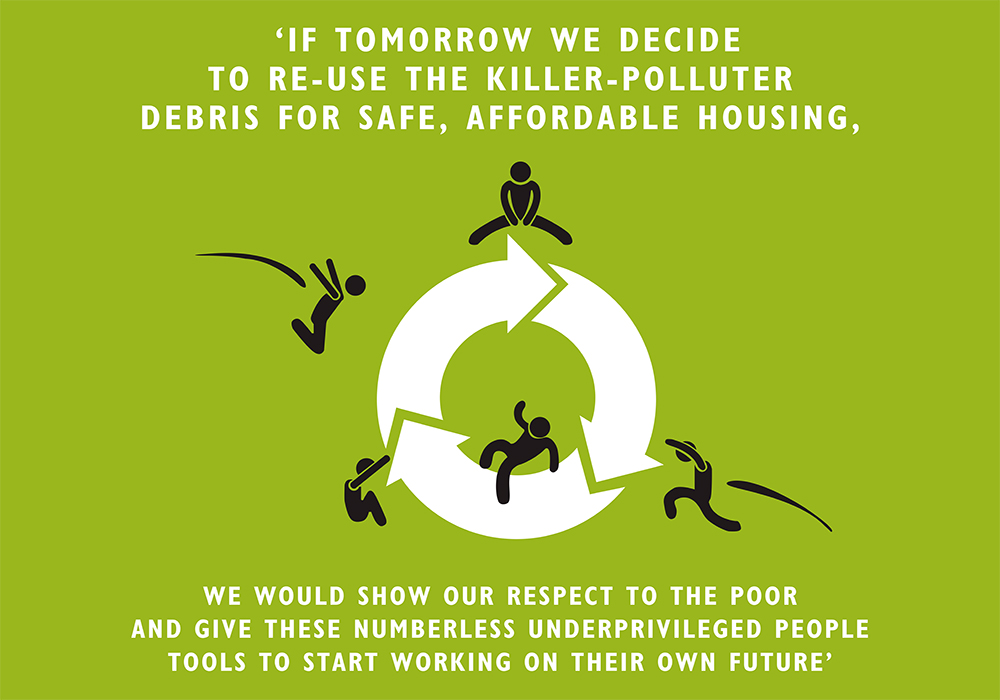 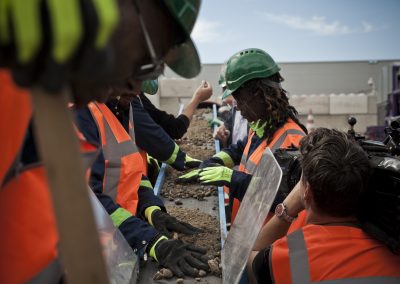 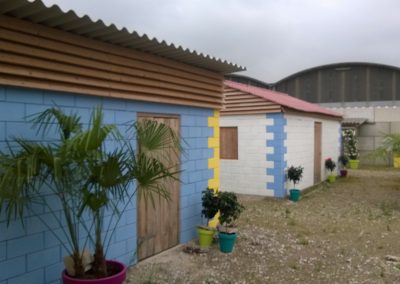 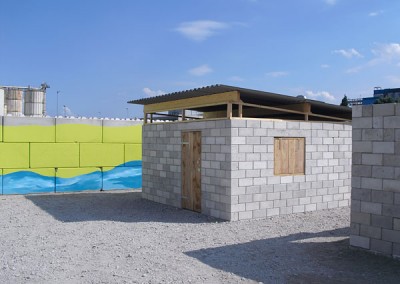 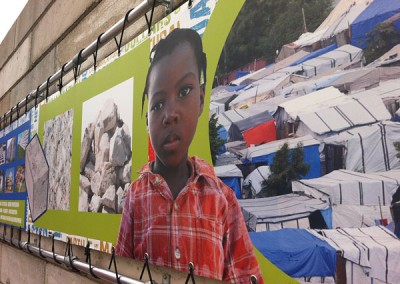 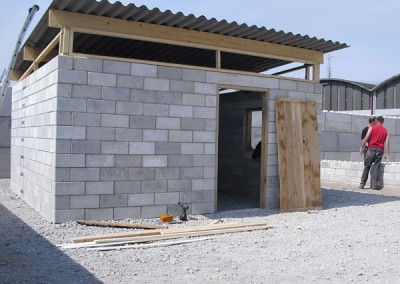 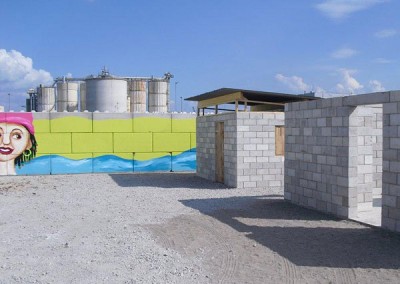 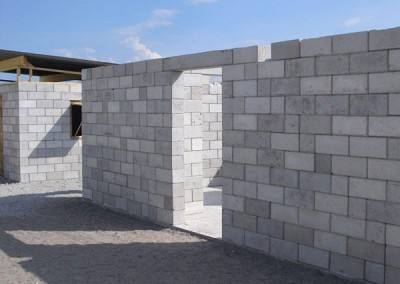 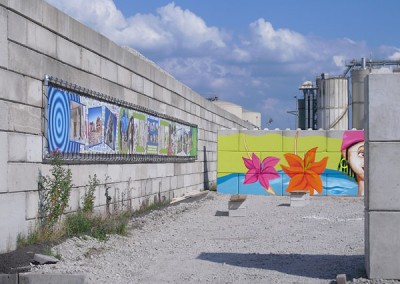 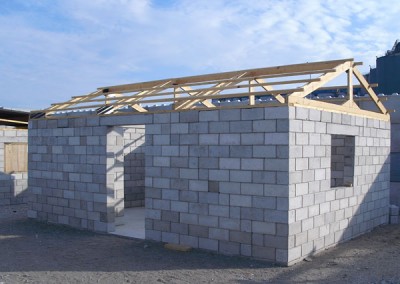 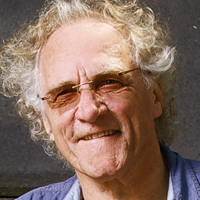 “Self help is instrumental for the breakthrough of the poverty circle” 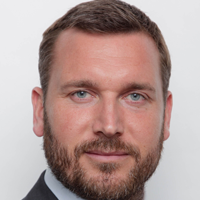 “Away from the bling bling real estate economy” 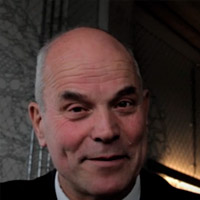 “It is time for a major change” 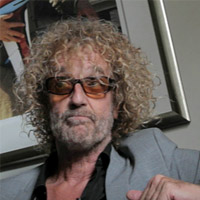 “Let’s connect with the community” 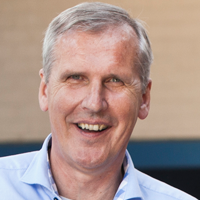 “Aid development is all about teamwork.” 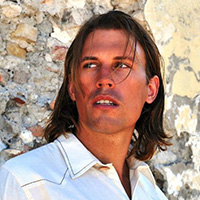 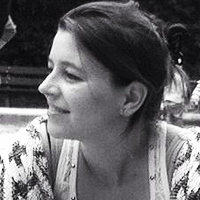 “The growing confidence of underprivileged people, gives me energy.” 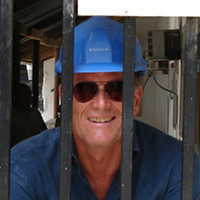 “Sustainable houses from disaster to smiles.” 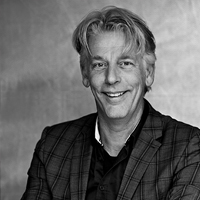 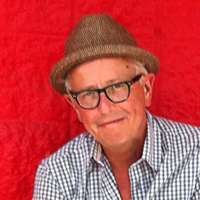 “Creating faith in visual perspectives: that’s what design can do.” 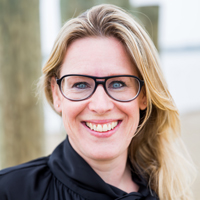 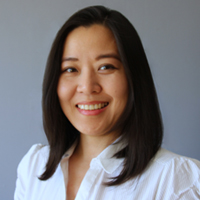 “Transforming debris to glee for the sustainability.” 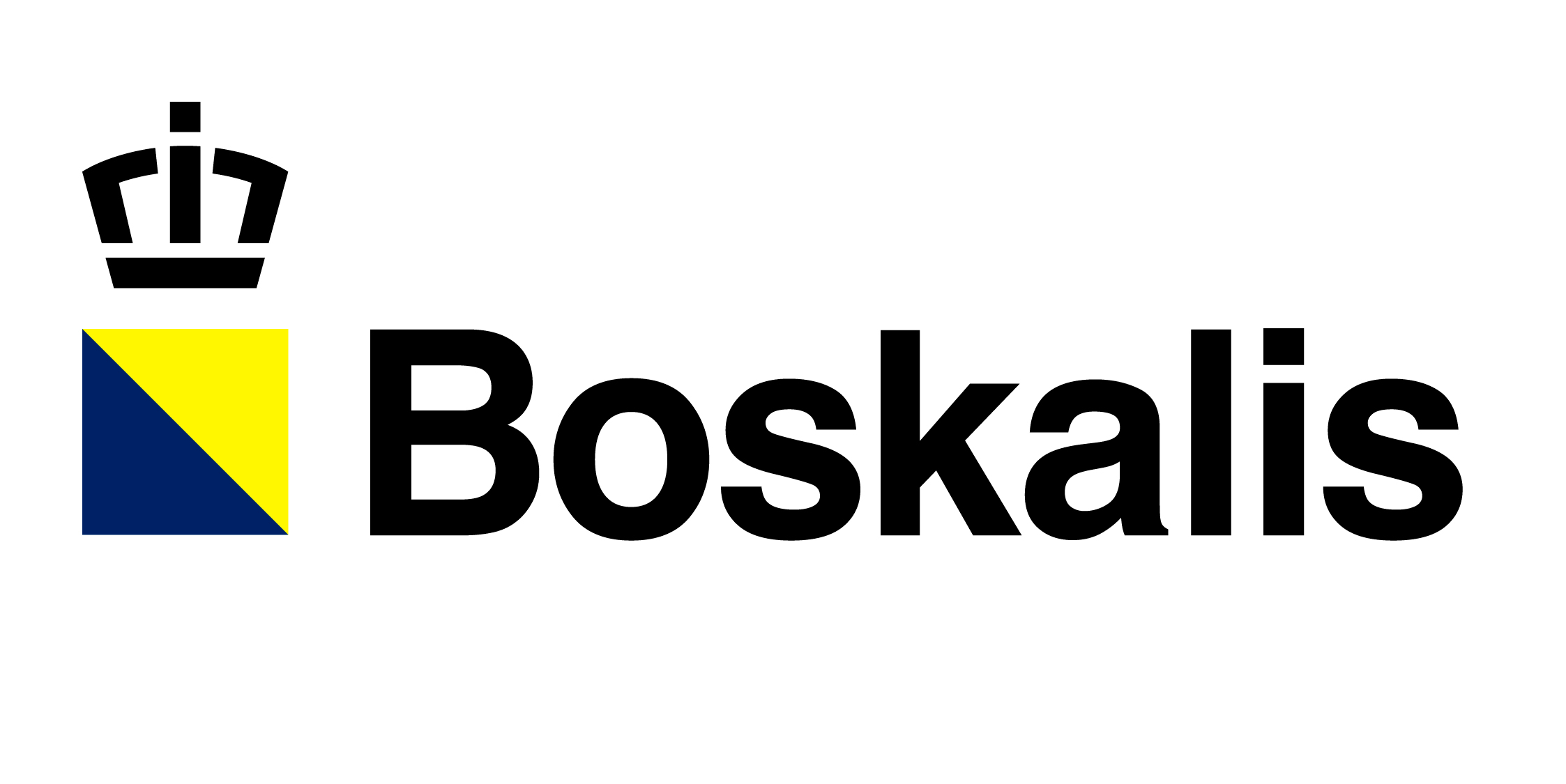 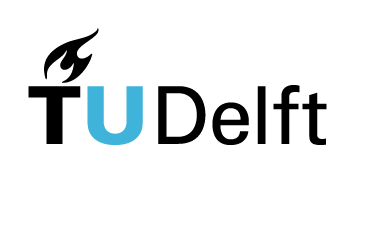 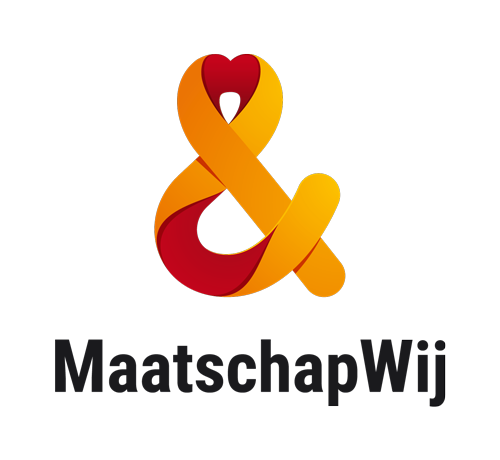 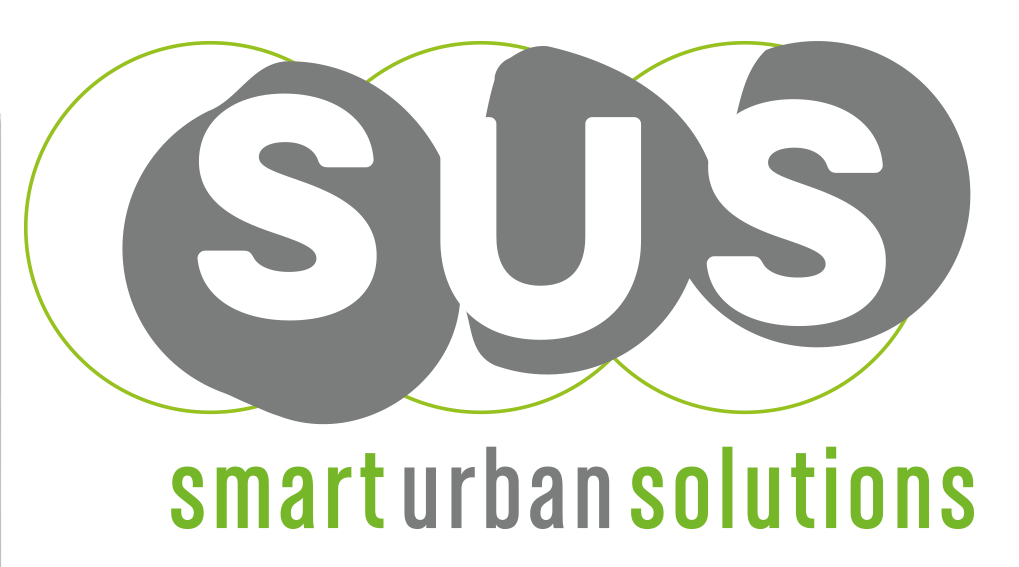 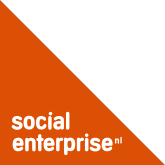